This is a text version of the video segment Empire Coachworks Converts Limousines to Natural Gas, which aired on Jan. 14, 2010.

JOHN DAVIS: Our success story of the week comes from Empire Coachworks of East Brunswick, New Jersey. This automotive pioneer was one of the first American firms to make custom limousines.

Their 88,000-square-foot facility, with 35 bays dedicated to alternative fuel activities, also supplies CNG trams for the Bronx Zoo and the Brooklyn Botanical Gardens. Their next goal is to install certified CNG systems in larger vehicles such as school buses and paratransit vans.

EDWARD VERGOPIA: Things that are run through your Board of Ed and municipalities are also all looking to maybe move 100% of their fleet in the near future into an alternative fuel, and CNG seems to be the natural fit for everyone. 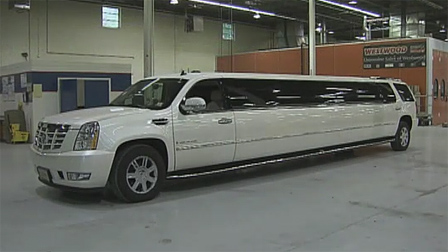