This is a text version of the video segment Colorado Leads in Alternative Fuel Use and Public Transit Efficiency, which aired on March 8, 2014.

JOHN DAVIS: Our success story this week takes us to Fort Collins, Colorado, a city leading the way in alternative fuel use and public transit efficiency. Over a third of the city's nearly 2,000 vehicles are powered by alternative fuels, including compressed natural gas, propane, B20, E85, along with hybrid and electric vehicles.

DARIN ATTEBERRY: We believe that the stuff that happens here can be transferred to other cities across the country. I think it's exactly what our community expects of its local government. 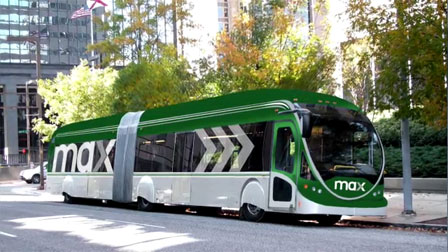