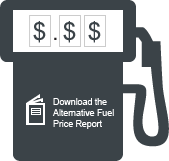 Renewable diesel and biodiesel are not the same fuel. Renewable diesel, previously known as green diesel, is a hydrocarbon produced most often by hydrotreating and also via gasification, pyrolysis, and other biochemical and thermochemical technologies. It meets ASTM D975 specification for petroleum diesel. Biodiesel is a mono-alkyl ester produced via transesterification. Biodiesel meets ASTM D6751 and is approved for blending with petroleum diesel.

As of Jan. 1, 2022, the Energy Information Agency (EIA) reported 11 domestic plants in 6 states with capacity of 1,750 million gallons per year. Domestic production data shows that production has increased, and overall consumption is met with imports from plants operated by Neste in California, the Netherlands, and Finland. EIA's Today in Energy Brief on renewable diesel suggests that production will increase rapidly in the next few years, with added capacity of 2.4 billion gallons per year currently under construction and an additional 1.8 billion gallons per year of planned capacity. Another EIA Today in Energy Brief projected that renewable diesel supply would exceed biodiesel in 2022.

Renewable diesel offers many benefits, including:

The U.S. Department of Energy's national laboratories have explored methods to overcome barriers to renewable diesel scale-up and demonstration including feedstock and production cost challenges.

Learn more about renewable diesel from the links below. The Alternative Fuels Data Center (AFDC) and U.S. Department of Energy do not necessarily recommend or endorse these organizations (see disclaimer).

The AFDC also provides a publications search for more information. Email the Technical Response Service or call 800-254-6735 with questions.