This is a text version of the video segment Pittsburgh Livery Company Transports Customers in Alternative Fuel Vehicles, which aired on Nov. 24, 2012.

JOHN DAVIS: Our success story this week takes us to Pittsburgh, Pennsylvania, where a family-owned and -operated livery company is making a name for itself in the alt-fuel word.

DEREK DeLUCIA: I just think, obviously, being in Pittsburgh here—and it's Marcellus Shale region—it's right here. It's produced right here. It makes complete sense for us to go that route.

Star Transportation also has a Chevrolet Volt and Lexus hybrid as part of their limousine service.

The Pittsburgh region Clean Cities identified nearly $300,000 in state funding to help with propane and CNG conversion cost. The 30-year-old company Star is leading the way with a go-green alternative in the City of Bridges. 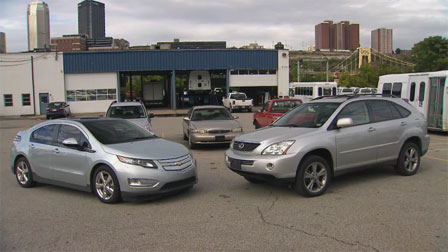