This is a text version of the video segment Pennsylvania School Buses Run on Natural Gas, which aired on Aug. 16, 2014.

JOHN DAVIS: Our success story this week takes us to Lower Merion Township in Montgomery County, Pennsylvania. Their school district has been a leader in alternative fuels since 1995 as the state's first to operate compressed natural gas school buses.

Sixty-one, or nearly half, of their 117 buses run on CNG, including new, smaller class A buses. Among the largest such fleets on the East Coast, it was named one of the top five government green fleets in North America for 2012. Plans are to eventually go all CNG.

GERALD RINEER: There are additional manufacturers that are coming out with new engines and new equipment so that it will be more cost effective, and we're optimistic that it's the right thing to do, and it's going to help clean up the environment. 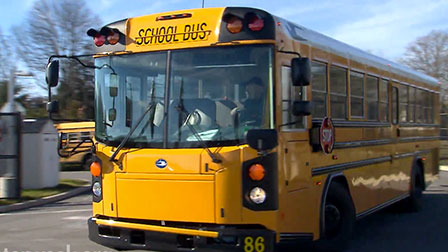