This is a text version of the video segment Renewable Natural Gas From Landfill Powers Refuse Vehicles, which aired on April 13, 2013.

That plant now provides renewable natural gas for some 300 refuse vehicles. An elaborate network of wellheads captures the landfill gas emitted from the nearly 3,500 tons of waste received every day.

TIANNA NOUROT: It's an engineered system that we have a lot of checks and balances in place to make sure that we're doing it in an environmentally friendly and sound way. 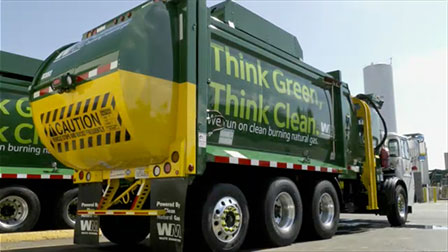