This is a text version of the video segment Virginia Cleans up With Natural Gas Refuse Trucks, which aired on Sept. 13, 2014. 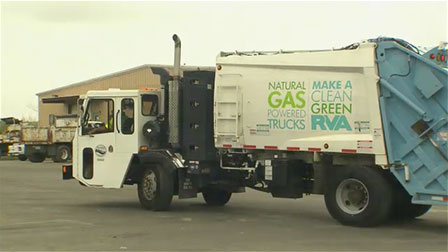