This is a text version of the video segment New Hampshire Fleet Revs up With Natural Gas, which aired on March 7, 2015.

JOHN DAVIS: Our success story this week takes us to Nashua, New Hampshire—a city singing the praises of compressed natural gas. From street sweepers, to refuse trucks, to heavy-duty pickups, the city's alt fuel fleet now numbers about 40. Introduced in 2011, CNG's environmental benefits have been bolstered by a big reduction in maintenance along with fuel cost savings of $50,000 a year.

DONNALEE LOZEAU: It's really been very exciting for us to be the first one in New England to do something like this and to do it to the degree that we have. Heading this direction has really been great for our city, and we look forward to expanding it even more.

JOHN DAVIS: Nashua's transit buses run primarily on B20 biodiesel, and now have one CNG transit bus in operation.This is one New Hampshire city that is leading by the CNG example. 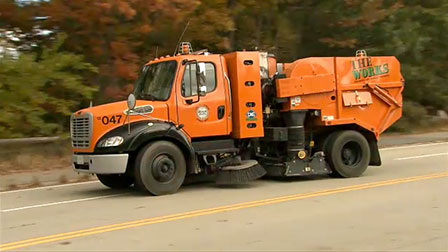