This is a text version of the video segment GE Showcases Innovation in Alternative Fuel Vehicles, which aired on July 15, 2015.

JOHN DAVIS: Our success story this week takes us to GE Capital in Eden Prairie, Minnesota. In 2012, GE built this 6,000-square-foot vehicle innovation center as a showcase for the advancement of alternative fuel vehicles for commercial use.

BRAD SMITH: GE leads the way in so many different manners, and this is just another example of them leading the way in something that is socially responsible.

JOHN DAVIS: As part of GE's alt-fuel focus, a solar carport with EV charging is available for employees, as GE has close to 5,000 EVs in its U.S. fleet alone. A charter member of the Department of Energy's National Clean Fleets Partnership, General Electric is continuing its 135-year commitment to education, innovation, and "imagination at work." 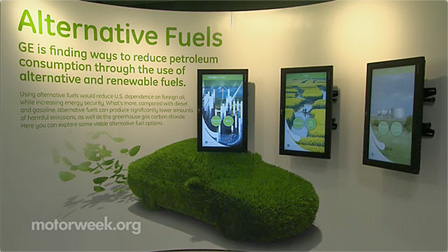