This is a text version of the video segment Florida Schools First in State to Power up With Propane, which aired on Aug. 22, 2015.

GEORGE MILLAR: When our buses pull into a loading zone, they're idling there while the students are boarding. So there's not the pollutants that you have with the diesel bus or, you know, some other type of fuel.

JOHN DAVIS: With an honorable mention by the 100 Best Fleets in America, and with more propane buses ordered, Indian River continues to work with the Central Florida Clean Cities coalition as a textbook propane leader on Florida's Treasure Coast. 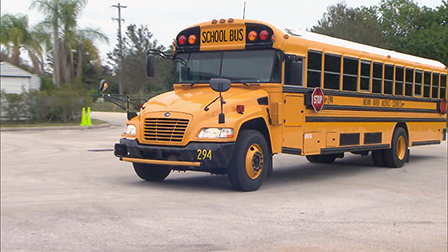