This is a text version of the video segment Delaware Transit Corporation Adds Propane Buses to Its Fleet, which aired on Nov. 11, 2016.

JOHN DAVIS: Our success story this week takes us to Georgetown, Delaware, where a local transit agency has become energized on propane. In 2014, the state-owned Delaware Transit Corporation converted five buses to propane. Soon, the fleet will total 150 propane buses with 20 more planned.

These paratransit buses shuttle disabled citizens throughout the state. Partnering with propane supplier Sharp Energy, DART expects the buses to travel over 1.5 million miles in 2017 with cost savings of close to $1 million.

RICK WALTERS: Overall performance of the vehicles is greater, and it pushes out our maintenance schedule because these engines burn so cleanly that you don't have to change the oil as often, which is, again, less fossil fuels being used. 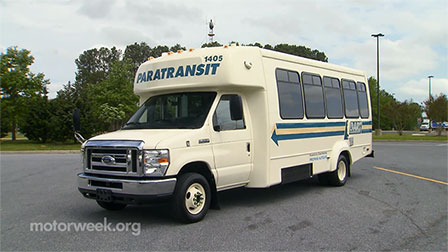