This is a text version of the video segment South Florida Furnishing Retailer Relies on Natural Gas, which aired on May 14, 2016.

JOHN DAVIS: Our success story this week takes us to South Florida, where one company is creating clean skies with alternative fuel.

City Furniture, one of Florida's largest furnishing retailers began converting their delivery fleet to compressed natural gas over 2 years ago.

SHAUN FERACO: This past year, we are 32% less on our fuel cost than the previous year, and we're up 23% in miles driven.

JOHN DAVIS: The firm also has a fill station at their Tamarac headquarters making it easy to fuel up and go!

City Furniture works closely with the Southeast Florida Clean Cities Coalition and is planning to have their entire fleet running on CNG next year. 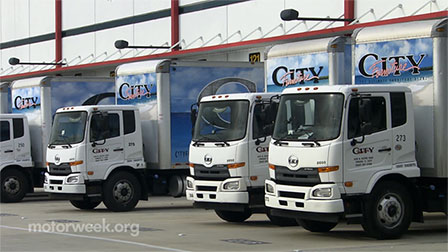