This is a text version of the video segment America's Largest Home Runs on Biodiesel in North Carolina, which aired on June 9, 2017.

JOHN DAVIS: Our success story this week takes us to Asheville, North Carolina, and America's largest home. The Biltmore was built with sustainability in mind—an idea that still holds true 120 years later.

In 2012, about 50 acres of canola were planted on the estate. The tiny canola seed is about 43% oil. It is squeezed out in the Biltmore's own bio-barn and along with their restaurant waste cooking oil is then processed into B20 biodiesel fuel.

JOHN DAVIS: The homegrown B20 powers over 90 pieces of equipment on the estate. And you won't just find biodiesel at the pump but propane, too. With assistance from the Land of Sky Clean Vehicles Coalition and Alliance Autogas, the Biltmore has thirteen propane-powered buses to shuttle guests—with more buses on the way—moving the Biltmore towards a sustainable future envisioned so long ago. 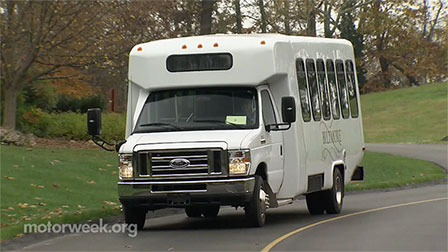