This is a text version of the video segment Boston Public Schools Moves to Propane, which aired on Aug. 20, 2016.

JOHN DAVIS: Our success story this week takes us to Boston, Massachusetts, where propane buses are making the grade.

A new shipment just arrived for the Boston Public Schools Department of Transportation, which means over 20% of the district's fleet is now powered by propane.

PETER CROSSAN: And of course, we've eliminated the particulate problem and greenhouse gases. We've made a big contribution—a contribution as large as taking 30 diesel buses off the road entirely.

JOHN DAVIS: Working with Massachusetts Clean Cities, the 10-year plan is to have the Beantown School District's entire fleet graduate to the green power of propane. 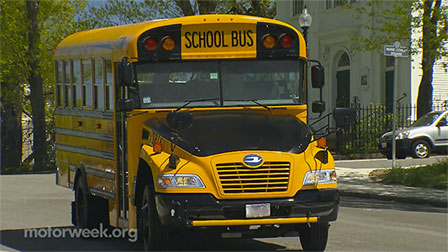