This is a text version of the video segment New Hampshire Cleans up with Biodiesel Buses, which aired on May 26, 2017.

JOHN DAVIS: Our success story this week takes us to New Hampshire and the Manchester Transit Authority. They not only maintain public transit buses but school buses as well. In 2010, MTA began to convert 80 school buses to biodiesel, a first in the state. They also converted two free-to-ride shuttle buses to hybrid electric biodiesel.

MIKE WHITTEN: The Green Dash buses—the air coming out of the exhaust pipe is cleaner than the air going into the engine. On the school side, because the school buses are largely in neighborhoods picking up kids and then outside the schools, we didn't want to pollute any more than we absolutely had to. 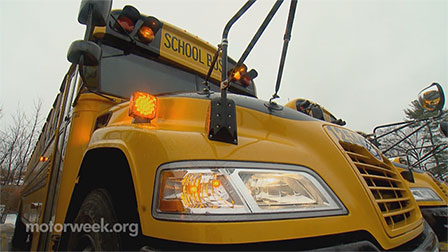