Looking at the data, the IdleRight device cut almost a third of the vehicle’s operating hours, ultimately reducing vehicle wear and tear and fuel consumption.

As with other police departments across the country, the Burlington Police Department prides itself on protecting and serving the public. Burlington’s department has taken its duty beyond the traditional sense, however, by finding novel ways to reduce costs and emissions by embracing advanced vehicle idling technology.

Vermont Clean Cities Coalition (VTCCC) and the City of Burlington recently partnered with the police department to pilot the IdleRight Fuel Management System technology on one of the city’s 2011 Ford Crown Victoria police cruisers. Built primarily for emergency vehicles that require long periods of emergency lights flashing, the IdleRight device functions by monitoring the level of charge in the battery to idle the vehicle only when necessary.

Although the police department was hesitant to try the new technology at first, they ultimately agreed to the four-month pilot program once questions about device install time and the technology not interfering with police response times were addressed.

“Our coalition worked closely with Burlington Police Department's sustainability coordinator to educate the officers on the idea of a pilot," said Peggy O'Neill-Vivanco, VTCCC coordinator. "They became more open to the idea after we talked through their concerns and shared case studies of other police fleets around the country that were successfully using the same technology.”

Once the police department agreed to the pilot, the city’s public works department agreed to cover the $500 installation cost for the idle-reduction device and report on the program’s cumulative fuel and emissions savings. After four months, the city’s data showed the device not only reduced tailpipe emissions but was capable of saving 345 gallons of fuel and decreasing operating costs by about $811 per vehicle annually. Given the results of the pilot and the low cost of the equipment, the city determined the payback period would be around six months based on fuel savings alone.

"Looking at the data, the IdleRight device cut almost a third of the vehicle’s operating hours, ultimately reducing vehicle wear and tear and fuel consumption," said Claude Raineault, fleet maintenance manager for Burlington Public Works. "We were encouraged by the results, which shows us that it's worth evaluating the installation of the technology on existing vehicles and future purchases."

The results were not only limited to financial benefits, however. The public also took notice after the police department showcased the vehicle equipped with idle reduction equipment at a local alternative fuel vehicle event.

"The police department's image was also enhanced by the idling reduction program," O'Neill-Vivanco said. "A number of complaints come into the office every year about police vehicle idling and this project helped to address some of this public concern."

Since the end of the pilot program, the police department has continued to use the device in their cruiser and the Burlington Fire Department has joined the effort by adding an idle-reduction device to its assistant fire chief's vehicle.

A Model for Other Government Fleets

Leveraging data from the Burlington Police Department pilot, VTCCC was also able to demonstrate to the University of Vermont’s (UVM) Emergency Management team how successful a similar effort on their part could be. After reviewing the results, the University’s team agreed to pilot the idling technology in up to nine of their own campus vehicles.

In August 2018, UVM emergency manger Zachary Borst installed the idling device in his emergency vehicle and data collected through early November 2018 showed 95 total idle hours saved. Based on this data, the team estimates that the idling technology can increase fuel savings and decrease maintenance costs for Borst’s vehicle by about $589 annually. The UVM team intends to install devices in the remaining vehicles by spring of 2019.

"Emergency vehicles act like mobile offices loaded with electronics, which can lead to endless idling to keep equipment running—an especially detrimental scenario during natural disasters when fuel is a most precious resource," Borst said. "This idling technology provides the ideal solution to avoid wasting gas. Plus, we reduce wear and tear on the vehicles and boost the sustainability of our department in the process.” 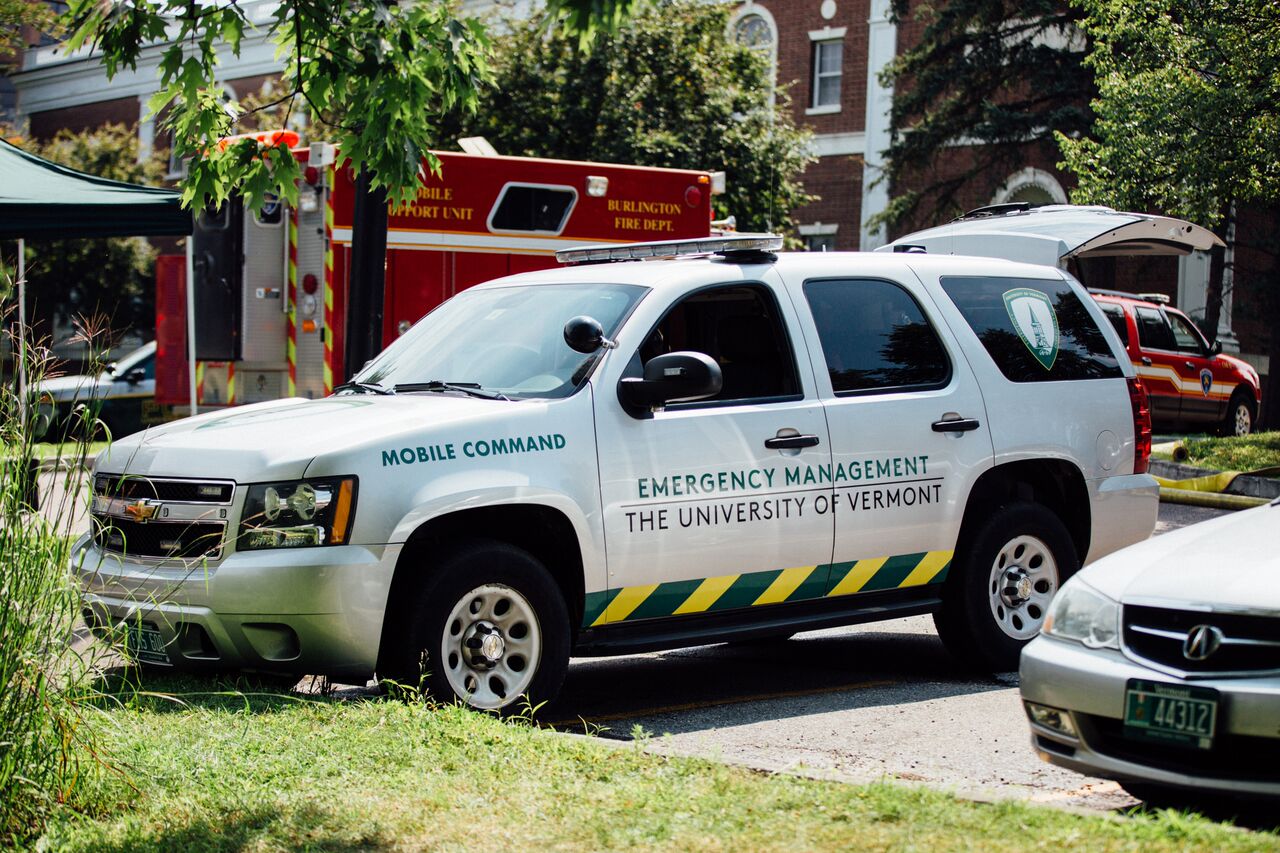