This is a text version of the video segment Michigan Converts Vehicles to Propane, Reducing Emissions, which aired on April 27, 2013.

JOHN DAVIS: Our success story this week ferries us to southeast Michigan and to the forefront of alternative fuel fleets. Beginning in 2007, Metro Cars invested $0.5 million to convert 75 vehicles to propane.

Federal tax incentives made it easier for the Detroit-based limo and shuttle service to switch to clean fuels. In 2010, the company partnered with the Clean Energy Coalition, the region's Clean Cities coordinator, and leveraged their local dollars with a federal grant to expand propane operations to Grand Rapids. They installed additional fueling stations and converted another 90 vehicles, including luxury sedans, SUVs, and shuttle buses.

DAVE SATAWA: It's definitely a win-win. Propane burns cleaner, and it's cheaper, so it's a benefit to our drivers and to the company.

JOHN DAVIS: Metro Cars' alt-fuel fleet displaces more than 520,000 gallons of petroleum annually—sproof that a leading transporter is also leading the way in the use of green fuels in the Motor City and beyond. 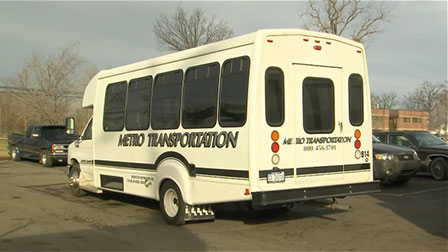