This is a text version of the video segment Dallas Police Department Reduces Vehicle Idling, which aired on Nov. 27, 2009.

JOHN DAVIS: Our success story of the week comes from Dallas, Texas, where their police department is testing idle reduction technology. The unit from Energy Xtreme fits neatly in the trunk of a Dodge Charger squad car.

Two power cells provide backup power when the engine is off and the car's battery drops to 12.6 volts.

The system powers the police car's full electrical load—lights, computer, radio—for a minimum of four hours so officers can do their duties without idling the engine.

DALE BARNARD: The studies nationally show that one hour of idling takes one gallon of gasoline. Therefore that translates to five gallons saved per day per car it's installed in. 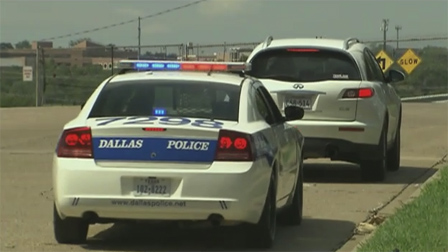