Santa Fe Trails, the metro transportation system in New Mexico's capital city, claims the distinction of having the first all compressed natural gas (CNG) transit fleet in the United States. The City of Santa Fe is known for its 500-year history, confluence of cultures, and artistic spirit. It is no surprise that Santa Fe residents wanted a transportation system that would preserve Northern New Mexico's clean air and blue skies, which are so valued by tourists and residents alike, using the best available technology.

"When our system first went into operation in 1992, we were experimenting with immature CNG technology at 7,000 feet elevation," said Transit Board Chair and Land of Enchantment Clean Cities Coordinator Colin Messer. "We had to make major component modifications to extend engine life beyond 100,000 miles. As of 2018, we are incorporating our fifth-generation bus engine, expanding the city's CNG refuse fleet, and replacing our 26-year old compressor station. New Mexico is a natural gas producer, so our fuel is truly domestic."

"We're using a domestic resource with lower fuel costs and an excellent performance record," Transit Directors Thomas Martinez and Keith Wilson said. "We believe we've made the right choice for Santa Fe, both environmentally and economically." 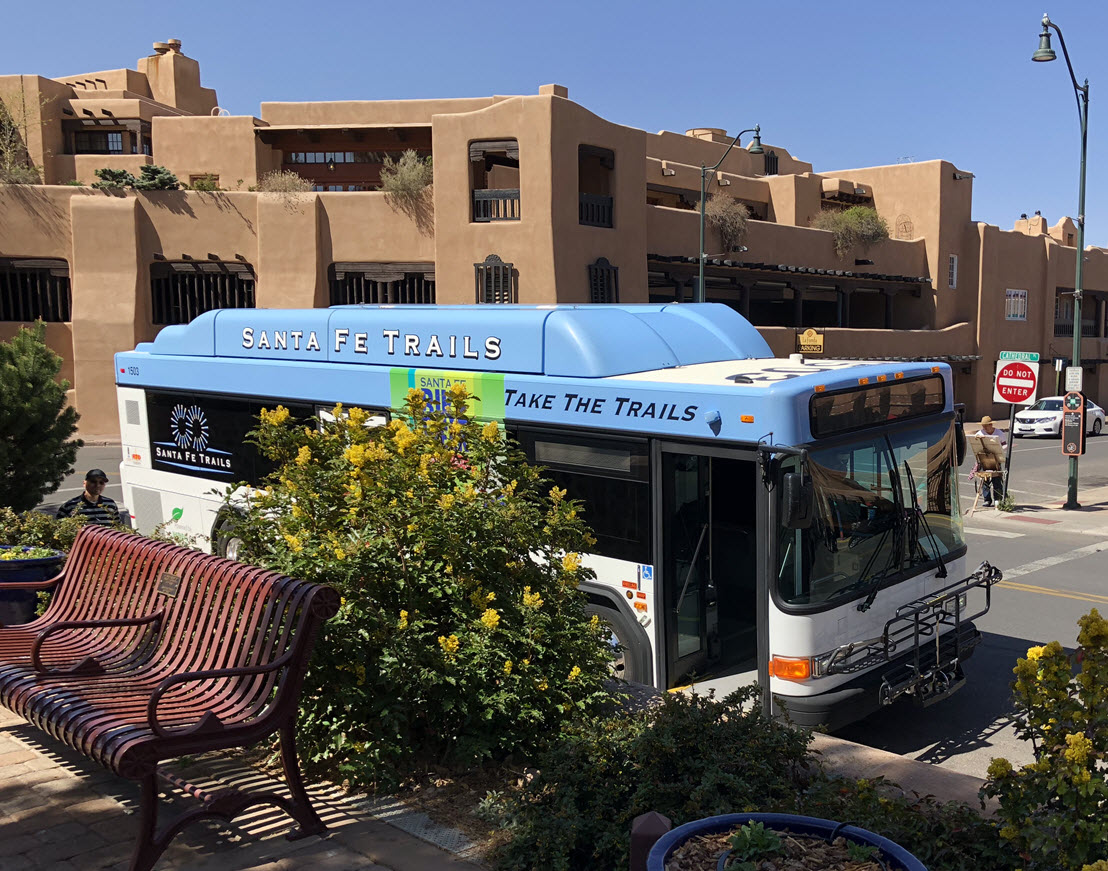