This is a text version of the video segment Electric Vehicles Charge up at State Parks in West Virginia, which aired on Dec. 9, 2017.

JOHN DAVIS: Our success story this week takes us to West Virginia, where you can find an EV charging station at every state park lodge.

All 10 lodges are equipped with three Tesla chargers, as well as a Level 2 universal charging station. Drivers are invited to pull in and plug in for free.

PAUL REDFORD: We're getting a good bit of unsolicited traffic from those folks who own electric vehicles. They're coming in, and they're hitting our Level 2 destination chargers. And while they're charing their vehicles, they're browsing our gift shops, they're dining in our full-service restaurants, and we're actually even getting some over-night stays in our lodge rooms and in our cabins.

JOHN DAVIS: Funds generated by those plugging in and shopping is footing the bill for the electric current. Now, other state park systems are reaching out to learn more.

With help from the West Virginia Clean Cities coalition, charging up and enjoying the natural wonders of the Mountain State has never been easier. 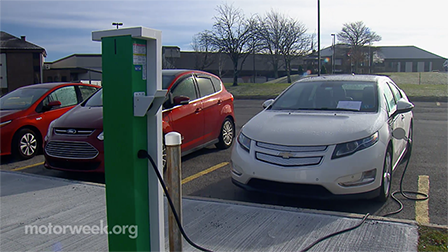