This is a text version of the video segment quasar energy group Turns Organic Waste into Renewable Energy in Ohio, which aired on Jan. 20, 2017.

COREY ALLEN: It might just be a food scrap, but when you take those food scraps and you multiply them exponentially, you kind of see the light bulb go off. People see it, and they're proud of it, and I think it's something we can all be proud of. 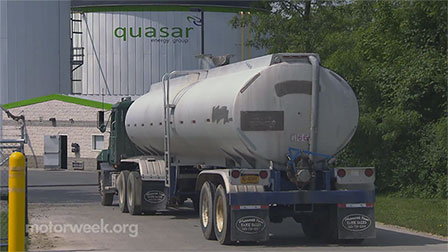