This is a text version of the video segment San Diego Leads in Promoting EVs, which aired on Sept. 3, 2011.

JOHN DAVIS: Our success story this week takes us to San Diego, California, a leader in green living. Spurred on by the California Center for Sustainable Energy, San Diego is not only America's top solar city but also a leader in promoting the viability of electric cars.

The Nissan Leaf EV, smart electric drive Chevy Volt, as well as herds of hybrids seem to be taking over the streets. And here's a green factoid: one-third of all San Diego Leaf owners also have solar-powered homes. Charging stations are springing up all over—from public parking lots to San Diegoans' favorite fast food stops.

MIKE FERRY: Well, people should know that this region is committed to making electric vehicles a practical alternative for all kinds of drivers.

JOHN DAVIS: By year's end, over 1,200 plug-in electrics will ply the area streets, displacing over 360,000 gallons of gasoline per year. While that won't make gas stations a thing of the past right away, it does make America's finest city an even more delightful place to live, work, and play. 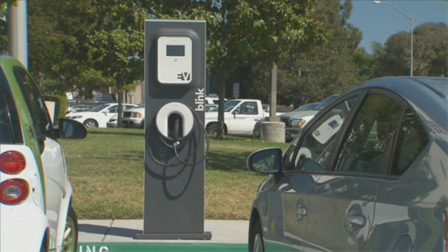