This is a text version of the video segment National Park Saves Natural Resources with Alternative Fuels, which aired on Sept. 16, 2017.

JOHN DAVIS: Our success story this week takes us to the Great Smoky Mountains National Park, where "green" goes beyond the landscape. The park has invested in alternative fuel since the mid '90s.

Propane, B20, and electric fuel about one-third of the park's fleet—a number that continues to grow with help from the East Tennessee and Western North Carolina Clean Cities coalitions.

BRIAN BERGSMA: Yeah, we really appreciate our Clean Cities network. They do keep us apprised of all the late-breaking technologies. They're great to put us in contact with industry representatives that know the technology.

Since the stations went online in 2015, thousands of gallons of imported oil and tons of emissions have been avoided—results that are right in line with the park's mission to preserve and protect America's natural resources. 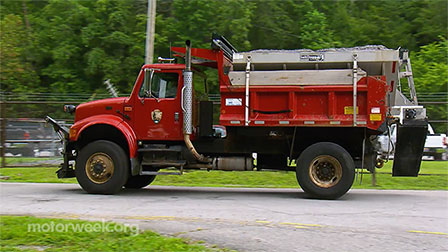