Ethanol is a domestically produced alternative fuel most commonly made from corn. It is also made from cellulosic feedstocks, such as crop residues and wood—though this is not as common. U.S. ethanol plants are concentrated in the Midwest because of the proximity to corn production. Plants outside the Midwest typically receive corn by rail or use other feedstocks and are located near large population centers.

The production method of ethanol depends on the type of feedstock used. The process is shorter for starch- or sugar-based feedstocks than with cellulosic feedstocks.

Most ethanol in the United States is produced from starch-based crops by dry- or wet-mill processing. Nearly 90% of ethanol plants are dry mills due to lower capital costs. Dry-milling is a process that grinds corn into flour and ferments it into ethanol with co-products of distillers grains and carbon dioxide. Wet-mill plants primarily produce corn sweeteners, along with ethanol and several other co-products (such as corn oil and starch). Wet mills separate starch, protein, and fiber in corn prior to processing these components into products, such as ethanol.

Making ethanol from cellulosic feedstocks—such as grass, wood, and crop residues—is a more involved process than using starch-based crops. There are two primary pathways to produce cellulosic ethanol: biochemical and thermochemical. The biochemical process involves a pretreatment to release hemicellulose sugars followed by hydrolysis to break cellulose into sugars. Sugars are fermented into ethanol and lignin is recovered and used to produce energy to power the process. The thermochemical conversion process involves adding heat and chemicals to a biomass feedstock to produce syngas, which is a mixture of carbon monoxide and hydrogen. Syngas is mixed with a catalyst and reformed into ethanol and other liquid co-products. 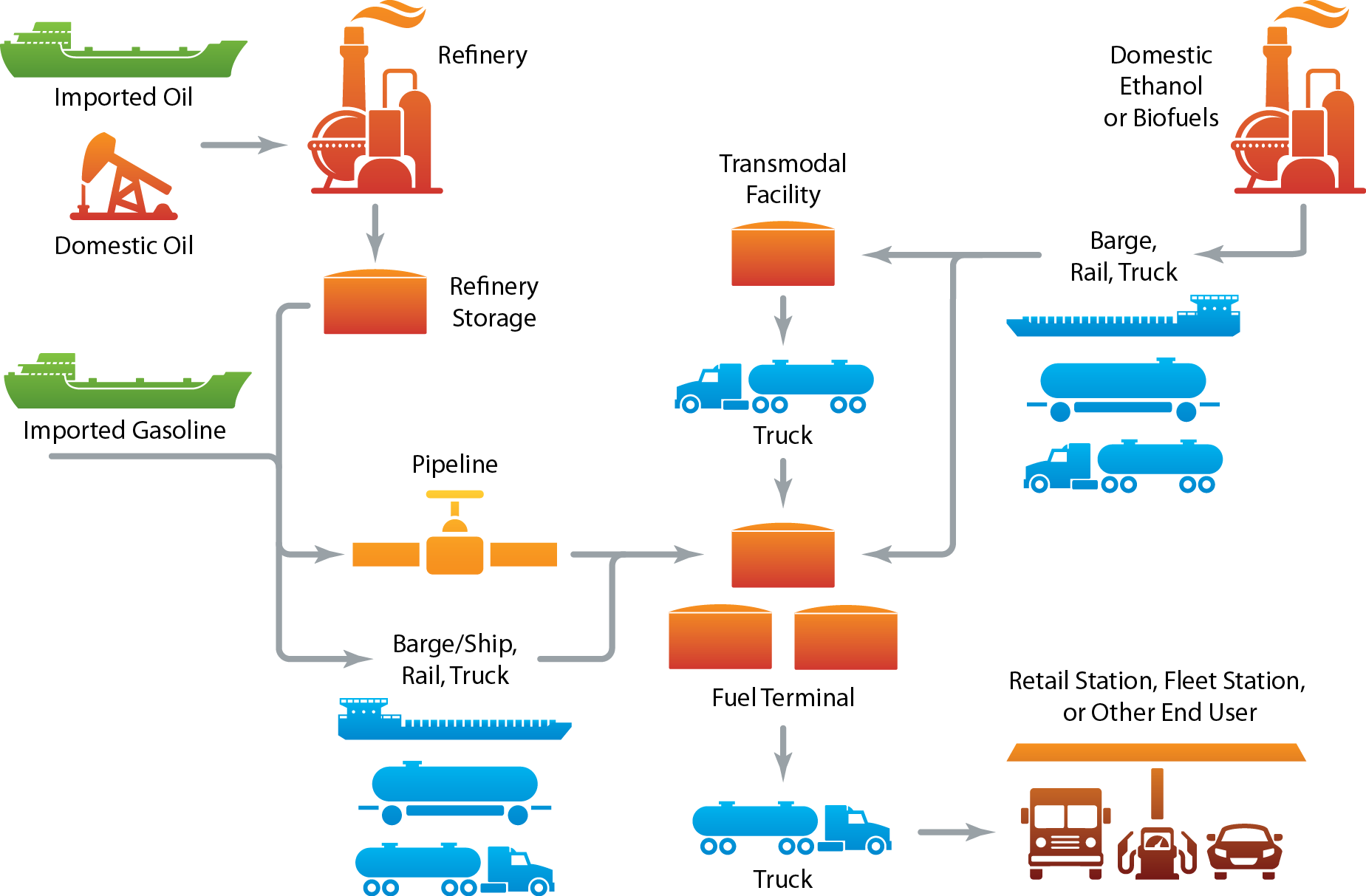 Ethanol, gasoline blendstock, and additives are delivered separately to fuel terminals where they are blended into fuel trucks for delivery to stations.

Delivering ethanol by pipeline is the most efficient option, but ethanol's affinity for water and solvent properties require the use of a dedicated pipeline or significant cleanup of existing pipelines to convert them into dedicated pipelines. Kinder Morgan ships batches of ethanol through its Central Florida Pipeline. For details, see the Central Florida Pipeline Ethanol Project.